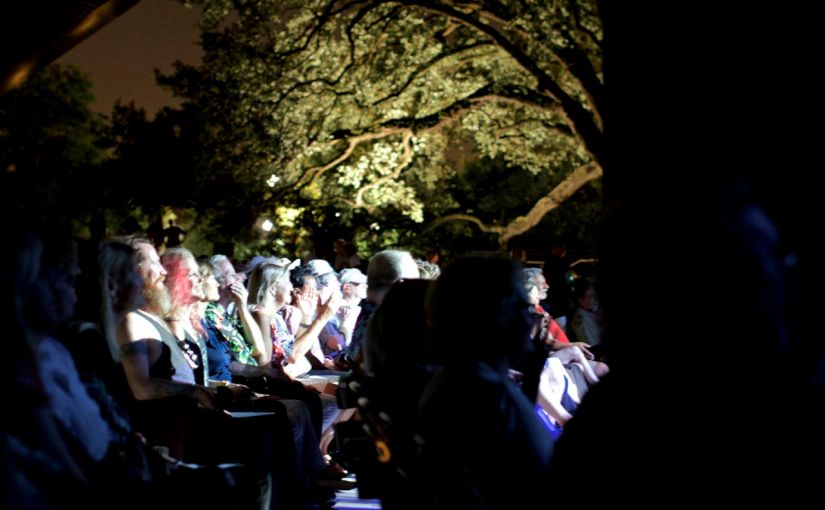 Have You Seen the Stars Tonight?

You’ll never have friends like the ones when you were 12 but the music when you were sixteen will always be with you. 44 years after Blows Against The Empire, The Starship brought it all back home – for a couple hours. 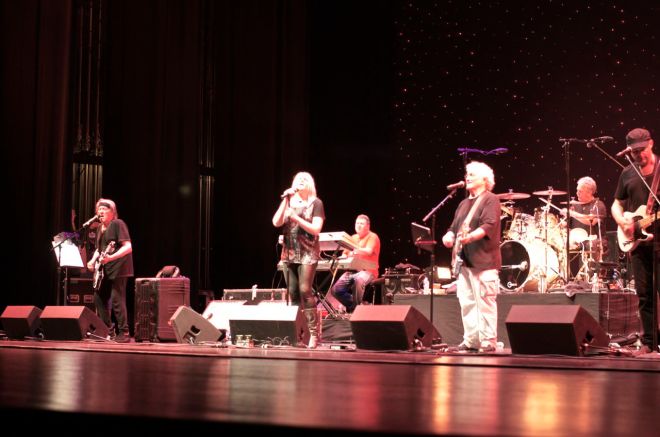 Liner Notes:
Paul Kantner invented the free concert in 1965 … when a San Francisco councilman asked him if he intended to make money. He said, “Yes, but not today” … in 1969, Woodstock was a free concert for 500,000 people and some have been making money off it ever since … today corporate sponsors lineup to pay bands to perform free concerts in city parks

In 1970, following the failure to end the war with protests and love-ins, close encounters with alien drugs and bizarre love triangles, the San Francisco scene collapsed into Kanter’s project code-named, Jefferson Starship … the first album, “Blows Against The Empire,” memorialized his big give-up on ending the War and expressed the need to get far far away by hijacking a Starship … it was not a popular album and an even less popular position with the political activist-songwriters of the day … I listened to it at least a hundred times

“Wooden Ships” was written by Paul Kantner and Steven Stills and is an anthem symbolizing the shift to apocalyptic thinking in 1970: “The Population Bomb” in ’68, followed by “Future Shock” in 1970, and the shocking popularity of Kurt Vonnegut’s novels (I read them all in high school) … much of life is just acting-out bizarre dramas and the musician is the Pied Piper of Hamelin

The performance last night was astounding  – the artists and the songs have stood-up even if the themes have not … the songs have haunting melodies, harvest harmonies, and the soft driving rhythms of a stagecoach rolling across the plains … the folk rock scene in San Francisco in the 60s was really Americana 1.0 … I loved it – and I still do

Paul Kantner is 73, David Freiberg is 75 – they were true gentleman and stellar performers

That afternoon Miller Theatre was subjected to Woodstock-scale rain … in total defiance, the largest crowd ever, showed-up to see the Starship … after the show, people hung-around, mingled, and reminisced … the air was thick with peace ‘n love