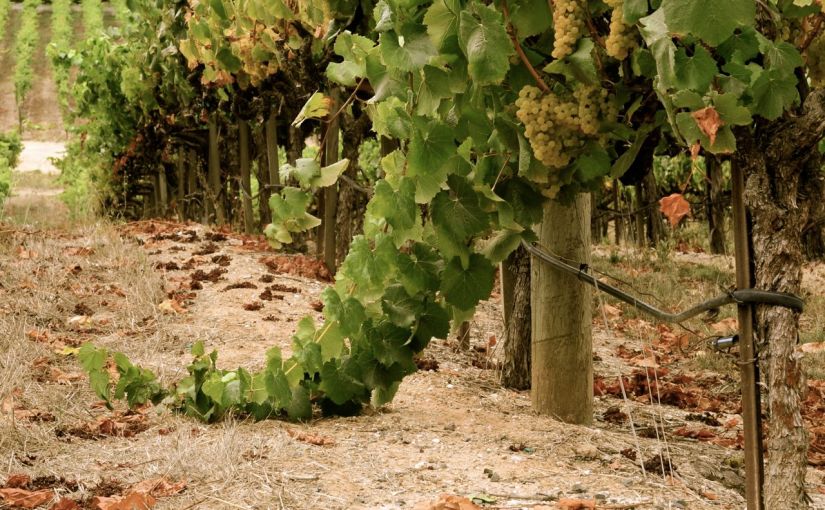 But not for a series of seemingly random events: a 2000 mile motorcycle ride, a backyard dinner with my friends the Callahans in Napa, our conversation about wine, a Cuban cigar, port, a family connection, and a peaceful easy feeling, I wouldn’t have rode to the edge of California wine country and back again …

Lynmar Estate sits in the Russian River Valley on the edge of the wine country that leads to the Pacific ocean. They let me explore the grounds randomly and this is what I found: a winery restaurant can grow its own food organically and sustainably, popcorn goes great with wine, you can eat chardonnay from a bowl, biodiversity and bio-dynamics make a great vineyard, bees are crucial for gardening success, some tomatoes are black, a well-understood vineyard is divided into many blocks and categorized with precision right down to the vine number, arriving at excellence is not an overnight trip, and you have to create gravitational effects in order to achieve escape velocity.

For over three decades the owners of Lynmar found themselves being slowly drawn into a different life and a separate reality. Eventually the accumulation of hundreds of small improvements in vineyard management captured the imagination of the best wine-making talent in Pinot Noir. This is Lynmar today. They have real serious gravity now and soon they’ll achieve escape velocity.

Lynmar Estate embodies everything my wife & I believed about farming, how we did it, and how we planned to keep doing it as we grew old. This 9/11 would turnout to be poignant in many respects before it was over. Things happen … sometimes you just have to go with it … and nothing is random. 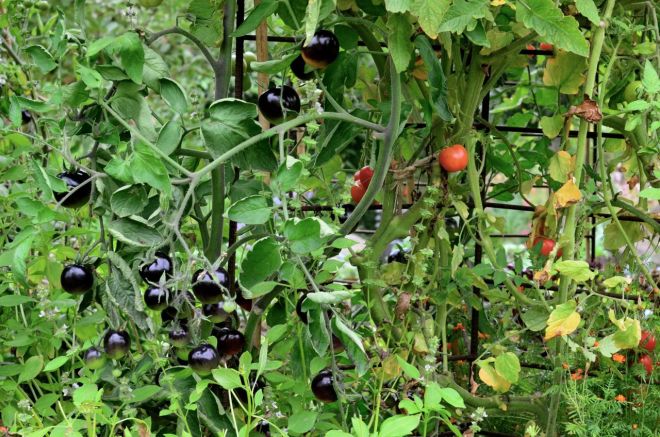 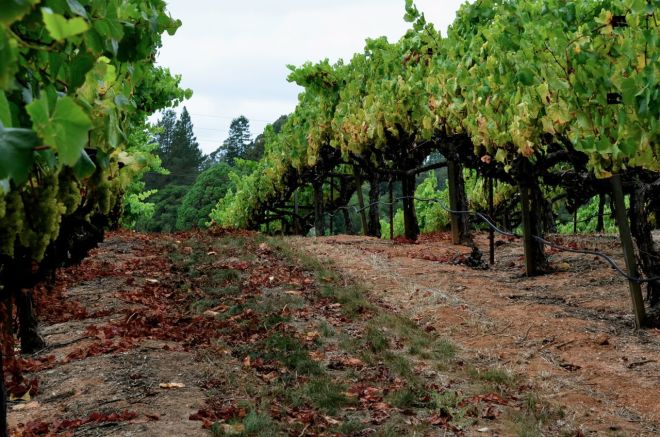 Notes:
Stephen Callahan is a San Franciscan and former colleague from my IBM days … he and his wife have a weekend home in Napa where they happened to be staying on September 7th 2013 when I rolled-into Napa after the long ride from Carmel … I checked-in to my Cellarmaster’s Quarters at the B&B and promptly received an invitation for a home-cooked meal from Stephen … it was Margaret’s birthday if you can believe it … we ate and drank gloriously in their backyard on a French Country table ’til the wee hour … Stephen’s daughter happened to be working at Lynmar Estate at the time and she cooked-up a Lunch & Self-guided Tour for me, to take place on 9/11 … and it did

I still remember the strange temporal feelings I experienced on those two days, the 7th and the 11th, in September 2013 … I hope I always will

3 thoughts on “Reflections On Random”