We caught up with him at the Jackson Square Trolley stop on the Mississippi River. Leonard calls himself “the human jukebox” and rhythmically rattles off the names of a dozen artists and their catalog of songs to drive the point home. After about 10 minutes we pressed Otis Redding’s “Sittin’ On The Dock Of The Bay.” Leonard rendered every verse honey-sweet pitch-perfect with professional flair and true feeling. He says he’d been doin’ this for 49 years when he stopped counting. We believed him. And for $3, money well-spent.

Jukebox Leonard comes from an era when solo acts owned the streets of New Orleans—independent contractors and entrepreneurs who could spot a mark on a crowded street from two blocks away. Most of them are gone now victims of Katrina, a new life, or old age. In Jackson Square the vacant balconies stare at each other reflecting the haunting hopeful look in the eyes of the human jukebox. 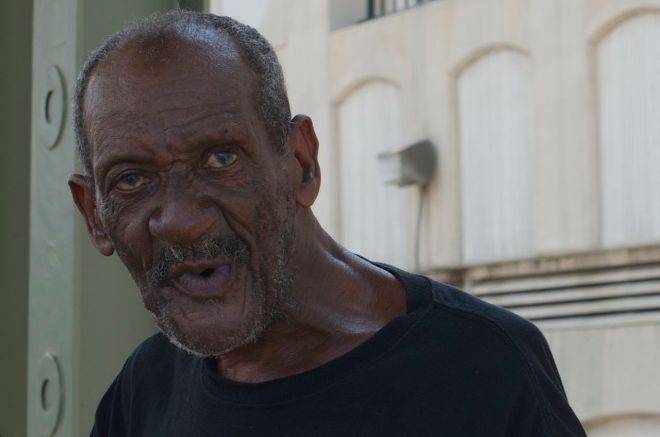 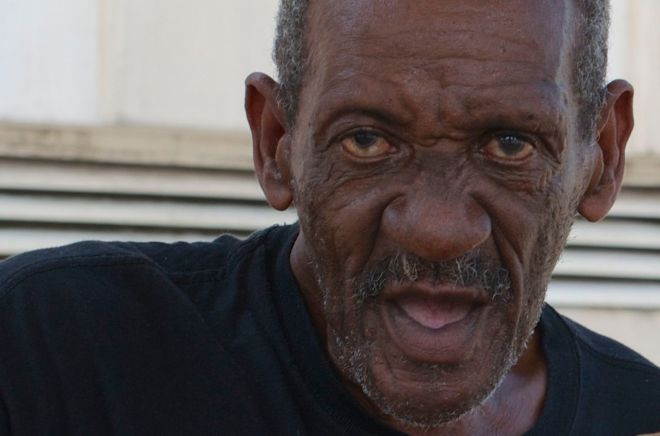